I’ve written over twenty books and been continuously in print for over 30 years. My books are popular with both digital and library readers – those who like a page-turner with a social context that makes them think.

The historical dramas are set in India, the North East of England and Scotland, and include The India Tea Series, the Jarrow Trilogy (based on the early life of Catherine Cookson), the Durham Trilogy, and the Tyneside Sagas. They’re all set against the backdrop of the social changes and wider political events that shaped the 20th century. My Scottish historical novels span the 16th to 18th centuries and include the dramatic life of Jacobite heroine, Flora MacDonald.

Finally, I’ve also written a childhood memoir – Beatles and Chiefs – which is about my experience growing up in 1960’s North of England and the Isle of Skye before mass tourism.

If anyone wishes to share reminiscences about their childhood, then please get in touch. 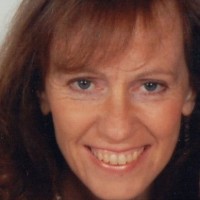